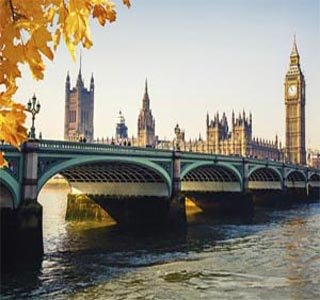 Datrix Training offers a huge amount of popular training courses in London. We provide classroom training in a state of the art venue which is located in Thomas Moore Square. The venue has the most stunning views in the world, looking over Tower Bridge and the Shard. If you are looking for quality, Datrix Training is the training provider you are looking for. Project management courses such as PRINCE2® London and MSP® London are hugely popular within the industry which helps you to enhance your career and job prospects in the future. Datrix Training also provides ITIL® training in London so that you can learn the Information Technology infrastructure of IT management. Our trainers at Datrix Training have a huge amount of experience within the industry and will be able to help you with anything you need. London is such a vibrant and beneficial place to learn with Datrix Training, offering courses such as Lean Six Sigma, PMP®, MSP® and PRINCE2®.

If your business is based in London and you request to have high quality training to take place at your company, then we also offer this option with on-site training.

Our highly experienced instructors at Datrix Training have over 5-15 years of experience within PRINCE2, MSP, ITIL and many other methodologies that are hugely beneficial to learn within the industry. Having PRINCE2 training take place within your company (forexample) also helps your business work more efficiently while training in a comfortable environment which they are familiar with.

We also offer a fantastic opportunity to learn anywhere with internet which is online training. Datrix Training’s online training option will help you learn popular courses such as PRINCE2® Online, MSP® Online and ITIL Online in your very own home learning at your own pace and time.

If you are interested in taking a PRINCE2, MSP or ITIL training course in London with Datrix Training, please browse our course schedules below to find some of the best valued courses the training industry has to offer.

London is a 21st century city with its history starting from roman times. The capital city of the UK currently has an estimated population of over 8.5 million people living and working within the city. London is set on the River Thames which runs from Richmond, through central London and then to Greenwich.

London is home to some of the most historic landmarks in the world such as the Big Ben clock tower, Westminster Abbey and the Houses of Parliament. Big Ben is mostly used to name the Elizabeth Tower which stands at the end of the Houses of Parliament. The iconic building was completed in 1859 with the clock’s chimes starting on the 31st May of that year. The Houses of Parliament (originally known as the Palace of Westminster) is an incredibly famous building symbolising Great Britain. The historic building appears in a huge amount of souvenirs which are presented and sold across the world. The Houses of Parliament was built in 1099 by William II making it the largest hall in England at the time. The hall was remodelled throughout the years up to the 1600’s where the famous Guy Fawkes attempted to blow up the building with gun powder. This event is now celebrated all over the UK where huge firework shows are displayed throughout the nation, this is called Guy Fawkes Night.

Across the River Thames is the London Eye. The London Eye (Also known as the Millennium Wheel) is a huge wheel situated on the South Bank of the River Thames making it a globally famous tourist attraction. The Millennium Wheel is a massive 443 feet tall and was the world’s biggest when it was constructed in 1999. It is Europe’s tallest Ferris wheel providing the highest public viewing point in London until The Shard which opened in 2013. The London Eye is a huge tourist attraction with having over 3 million people visiting the iconic structure every year.

London also has one of the largest groups of Universities and higher education institutions in the world. The cultural city has over 35 secondary schools with over 400,000 students and over 20 universities which includes the University of Westminster, Brunel University London, University of Greenwich and many more. The University of Westminster was founded in 1838 and was the first polytechnic institution in the UK. The London University was granted University Status in 1992 which meant that it could award its own degrees. The major factor of the University is that it has numerous centres of research which ranks in the top 40 for research in the world. The Brunel University in London was founded in 1966 and named after the famous Victorian Isambard Kingdom Brunel. The University has over 15,000 full time students and over 2000 staff.

There are some very famous people that have lived in London who have changed the world in one way or another. William Shakespeare is one of the most famous playwrights the world has ever seen. Although he lived more than 400 years ago, Shakespeare’s is still known as one of the best play writers of all time by many people. One of the most iconic theatres in London that was associated with William Shakespeare is the Globe Theatre. Millions of people from around the world travel to see performances at the Globe Theatre making it one of many famous attractions in London. Other famous people who have lived in London include guitarist Jimi Hendrix, actor and singer Charlie Chaplin and many Queens and Kings who have ruled England. Queen Elizabeth is Britain’s longest reigning monarch. She was born in 1926 and has opened many famous events such as the London 2012 Olympics.

London is well connected with five international airports and the Eurostar rail. Heathrow Airport is the largest in the UK delivering 1.5 million tonnes of cargo each year and carrying over 70 million passengers a year. London is also famous for its red busses, black taxies and underground tube stations which are all over London so you can travel around the historic city quick and easily.

If you would like to find out any more information about our high quality PRINCE2, ITIL or MSP training courses in London, please contact us at info@datrixtraining.com and our professional staff will contact you as soon as possible.