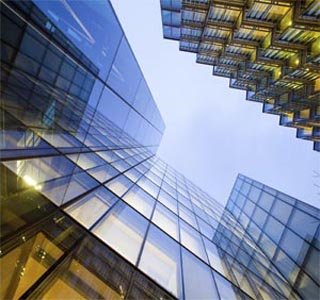 Datrix Training provides professional training in a state of the art venue which is located in the seaside city of Plymouth. The coastal venue is equipped with the latest technology so that you can study the likes of PRINCE2® Plymouth and ITIL® Plymouth in one of the best learning environments you will ever experience. The instructors at Datrix Training have over 5 years of experience in their chosen fields and will be able to help you and support you throughout the training process. Datrix Training delivers high quality training in Plymouth so that you can study locally and save money on travel costs.

Datrix Training also provide their professional courses in an online platform. The online courses last for 90 days which gives you plenty of time to pass the examination. Learning courses such as PRINCE2® Plymouth and MSP® Plymouth online gives you the ability to study anywhere that has Wi-Fi which is very popular with the clients at Datrix Training.

Located on the South Coast of Devon is the beautiful town of Plymouth. The English town is 190 miles away from London and about 37 miles from Exeter. Plymouth is located between the mouths of the rivers Plym and Tamar where they join to form the Cornish border. The city has a population of over 250,000 people which makes it the 30th most populous built-up area in the United Kingdom. Plymouth gained its city status in 1928.

The first settlement of Plymouth was built around the Bronze Age at Mount Batten. The settlement was used as a trading post during the Roman Empire times. During the 1600’s, pilgrim farmers departed Plymouth for the New World and established Plymouth Colony. The second settlement is located in the United State of America. Throughout the English Civil War, Plymouth was hosted by the Parliamentarians which was overwhelmed between 1642 and 1646. The coastal town expanded at a dramatic rate during the Industrial Revolution as it grew into a commercial shipping port which traded tin, copper, lime, clay and arsenic from the Americas. During World War II, Plymouth was a fundamental stronghold leading huge naval fleets and building war ships. During the 1990’s Plymouth had one of the largest operational naval bases in Western Europe.

Plymouth has one university which is called the University of Plymouth. The University of Plymouth has over 25,000 students every year making it the 22nd largest in the United Kingdom. The coastal University was founded in 1992 and focuses on maritime business, marine engineering, marine biology and ocean environmental sciences. The University is ranked 8th out of 30 universities in the UK for medical science. Plymouth is also home to two colleges and the popular Royal Naval Engineering College which opened in 1880.

Plymouth Argyle FC is Plymouth’s main football club. The club play at Home Park which seat up to 17,874 fans. The professional football club have won five league titles, five Southern League titles and one Western League title. The club’s badge feature the famous; the Mayflower. The Mayflower is the iconic ship that carried the pilgrims to Massachusetts to colonise a second settlement. The city pf Plymouth is the largest in England to have never hosted a top flight football match.

Some very famous landmark in Plymouth include the Royal Citadel which was built in 1666 to defend the port from naval attacks. There is also Smeaton’s tower which is the famous lighthouse built in 1759 and a huge tourist attraction within the city. There are 20 war memorials in Plymouth which include the Plymouth Naval Memorial and the Armada Memorial to remember the defeat to the Spanish Armada.

If you wish to find out any more information about Datrix Training’s certifications in Plymouth, please contact us at 0800 781 0626 or send us an enquiry to info@datrixtraining.com

If you would like to find our dates and prices for our Plymouth venue, please browse our schedules below.