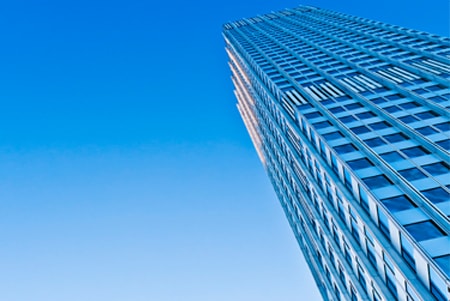 Brighton is one of Datrix Training’s most popular venues as it’s by the coast and is equipped with the latest technology. The state of the art venue will help you to learn globally recognised courses such as PRINCE2® Brighton and ITIL® Brighton in one of the best learning environments in the United Kingdom. Our professional instructors at Datrix training have over 6 years of knowledge in their subject and will be able to help you and support you throughout the training process.

If your company is located in Brighton and you wish to have training to take place in your business, Datrix Training provides the onsite training option for you. Choosing the onsite training option with Datrix Training will help improve your business as we will be able to send a professional instructor to your workplace to teach your colleagues, globally recognised courses such as PRINCE2® and MSP® so that your company can save money and improve productively and efficiently.

Datrix Training also provides its high quality courses online. The online courses at Datrix Training are hugely popular because you can study the likes of PRINCE2®, ITIL® and MSP® anywhere that has Wi-Fi. Another reason to take Datrix Training’s courses online is because it lasts for 90 days, which gives you plenty of time to pass your certification, working at your own pace and time. Datrix training also provide free walk in sessions so that you can talk to a professional instructor throughout your time on the online examination.

Located in east Sussex is the coastal city of Brighton. The English seaside resort is a huge tourist destination, with over 8 million people going there every year. Brighton is also known as the “gay capital of the UK” and has been called “the happiest place to live in the United Kingdom”. The city has a population of over 250,000 people making it the 42nd biggest in Great Britain.

The first record of Brighton’s settlement was in Whitehawk camp which was built during the Neolithic era between 3500 BC and 2700 BC. There was also a settlement at Coldean during the Bronze Age throughout the 7th century BC. During the Celtic Iron Age, there was a huge camp which was built in the 2nd century BC where huge amounts of ground was dug up creating a tribal capital. From the 1st century AD, the Romans arrived building villas, roads and other settlements which transformed the city. Brighton’s second phase of development happened in the 1730’s which brought a huge fortune to the local economy. During the 1800’s the seaside city grew in population and size with the London and Brighton railway being built and many hotels and attractions making it one of the biggest tourist attractions in the world at this time. Brighton was then joined to create Brighton and Hove in 1997 and then was granted city status by Queen Elizabeth II during the millennium celebrations in the year 2000.

There are a huge amount of famous landmarks in Brighton which include the Royal Pavilion. The former Royal Palace was built in the 19th century as the home for the Prince Regent at the time. The Palace is hugely inspired by Indo-Saracenic architecture having a stunning oriental interior. Another famous landmark in Brighton is the Brighton Marine Palace and Pier which was built in 1899. The pier cost £27,000 to build and is one of three seaside piers in Brighton. Unfortunately, the Palace Pier had a massive fire but the damage was limited and was able to open the next day. The building is now grade II listed along with 1,218 buildings in the city.

One of the most iconic festivals in the UK takes place every may in Brighton. The Brighton Festival is also the second largest in the United Kingdom which includes a children’s parade, music and visual arts, pyrotechnics and theatre performances all over the city. The festival lasts for 23 days where over 500,000 people come from all over the world to see the spectacular performances.

If you would like to find out any more information about our professional training courses in Brighton, please contact us on 0800 781 0626 or send us an email to info@datrixtraining.com.

If you would like to find the dates and prices about our high quality courses in Brighton, please find our schedules for our most popular courses below.